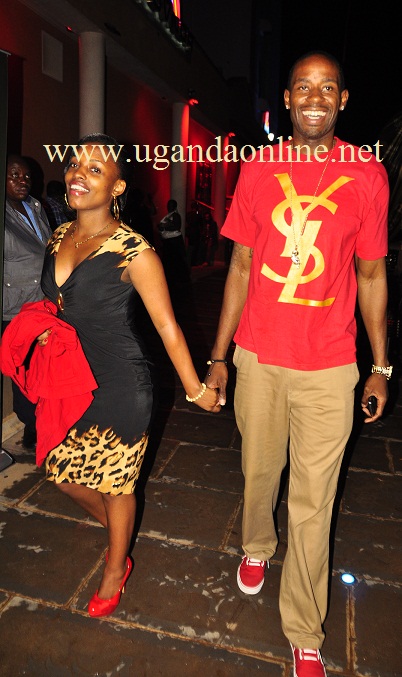 Basketball star Isaac Lugudde is in love again and this time round, he is more than determined to make it work after his affair with wife ended up in a divorce. The baskteballer struck up a friendship with Zari which did not last.

The latest from his camp is that Isaac has hooked up a hot babe and the two have been secretly romancing for sometime now. ‘Once bitten, twice shy’ so the star has even told off some babes who were trying to poke him through facebook.

In his posting, he made it clear that he was a player no more and his latest catch can only be compared to a Jupiter.

"I never knew how many people actually can be so negative to the fact that a brother is settled down! One minute they call me a home wrecker, player and blah blah blah, and the next minute they are mad that I am settled and happy.

In fact, they put bets to see if I will be with another female or get bored. Really, I can put my b#lls on this, I am happy as long as she is. I am not perfect and make a lot of mistakes, but a brother isn’t landing anywhere else.

I am not throwing things in anyones face nor is that my objective, but if your dating someone and you put ur partner and self out there, it limits your playing ability. Trust me, I know best. So, leave my inbox alone. Peace"

Forget the bosslady ink tattoo on his ribs, Isaac has got himself a rib and close friends are asking him to introduce her to his family.