LONDON — He was known as the Charles Dickens of the Jews, and in his day – the end of the 19th century and the beginning of the 20th – writer and journalist Israel Zangwill was a famous name in the English-speaking world, renowned as a friend of Theodor Herzl and admired by US president Teddy Roosevelt.

He toured America giving lectures, and his plays and novels drew vast audiences.

Yet today Israel Zangwill is barely remembered except as a rather idiosyncratic translator of Hebrew. His name lives on at London’s JFS Comprehensive School, where one of the four school streams is named the Zangwill stream, and his eccentric translation of the Kol Nidre prayer, “Solachti,” remains a source of joy for British congregants who struggle to match Zangwill’s rendering in English of the original Hebrew.

So it comes as a surprise to learn that HarperCollins Publishers are re-publishing a Zangwill novel from 1891 this month.

But anyone acquainted with the crime and thriller genre is certain to be more familiar with Israel Zangwill. His modestly titled book, “The Perfect Crime” (later re-titled as “The Big Bow Mystery”) is renowned throughout the world of detective fiction as the first full-length “locked-room” mystery novel. A man with no apparent enemies is found dead in a locked-room – and the police can’t figure out “whodunnit,” or, more to the point, how. 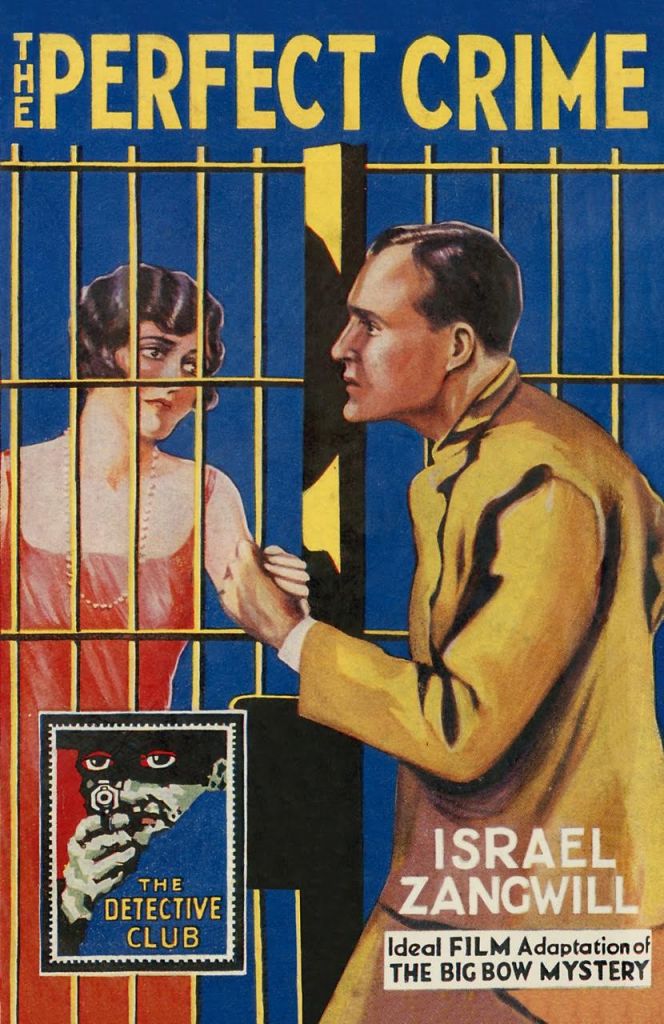 Zangwill was born in London in 1864 and by 1891 he was working on the daily Star newspaper. “The Perfect Crime,” like many of Dickens’s novels, was serialized in the newspaper over just two weeks, causing hundreds of readers to write in offering their own solutions.

In a preface written for an 1895 edition of the book, Zangwill wrote: “The indispensable condition of a good mystery is that it should be able – and unable – to be solved by the reader, and that the writer’s solution should satisfy. And not only must the solution be adequate, but all its data must be given in the body of the story.”

The son of Latvian and Polish immigrants, Israel Zangwill and his brother Louis – also a writer – were born in the poor East End of London. But the family was determined to give the boys a good start in life and Zangwill – who himself attended the JFS, or Jews’ Free School – began training as a teacher, working initially at his old school and studying in parallel at the University of London. In 1884 he was awarded his degree with triple honours, but eventually left teaching after he fell out with the school management.

Zangwill made the jump into journalism and at the same time began his involvement with Jewish emancipation. He met and became fast friends with his fellow writers, Theodor Herzl and Max Nordau, even hosting Herzl in London at the turn of the century, and for a long time was a major proponent of Zionist ideology. 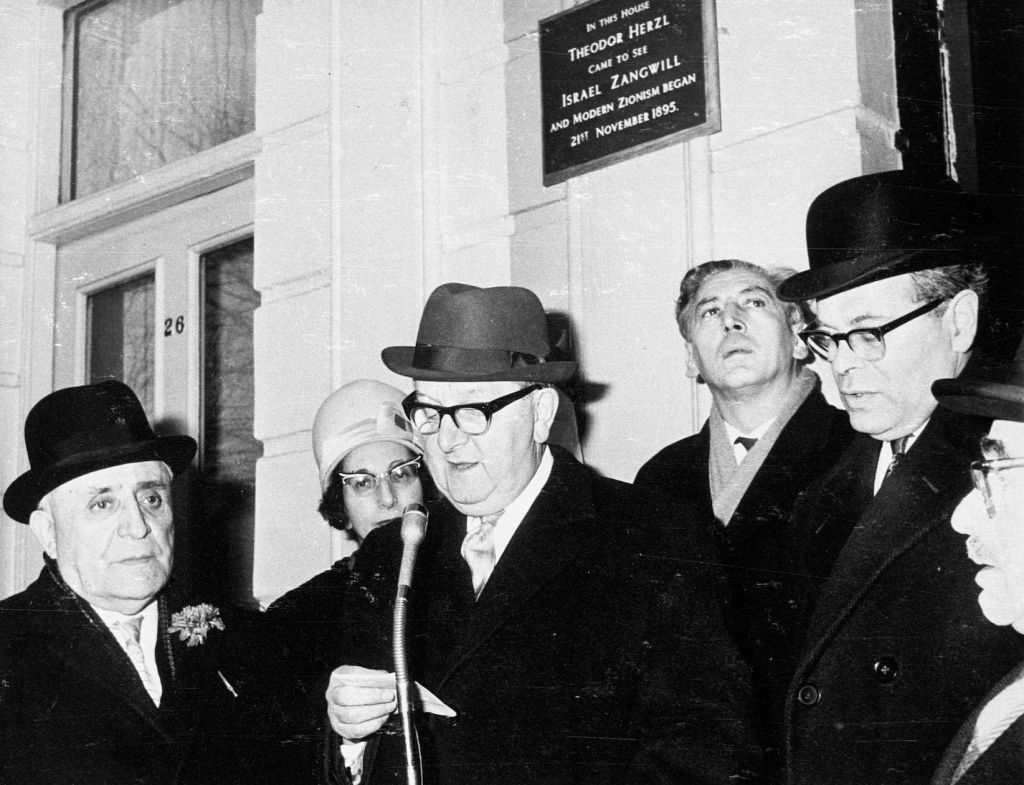 At the unveiling of a plaque commemorating a visit by Theodor Herzl at Israel Zangwill’s London home. (Jewish Museum, London)

But he famously fell out of love with Zionism and transferred his affections and enthusiasms to Territorialism, suggesting any number of alternative homes for the Jews of the Diaspora. In 1905 he founded the Jewish Territorialist Organization, which considered solutions such as Canada, Australia, Mesopotamia and – most notoriously – Uganda.

Zangwill’s follow-up to “The Perfect Crime” was his 1892 novel, “Children of the Ghetto,” which won him international acclaim. However, dor most of his life Zangwill tried to analyze the difference between the Jewish condition and that of the wider world. He was keen on solving “the Jewish problem” by assimilation and himself married a non-Jewish woman, Edith Ayrton, a fellow novelist. Through Edith, Zangwill became a major supporter of the suffragette movement, and frequently spoke out for the rights of women. 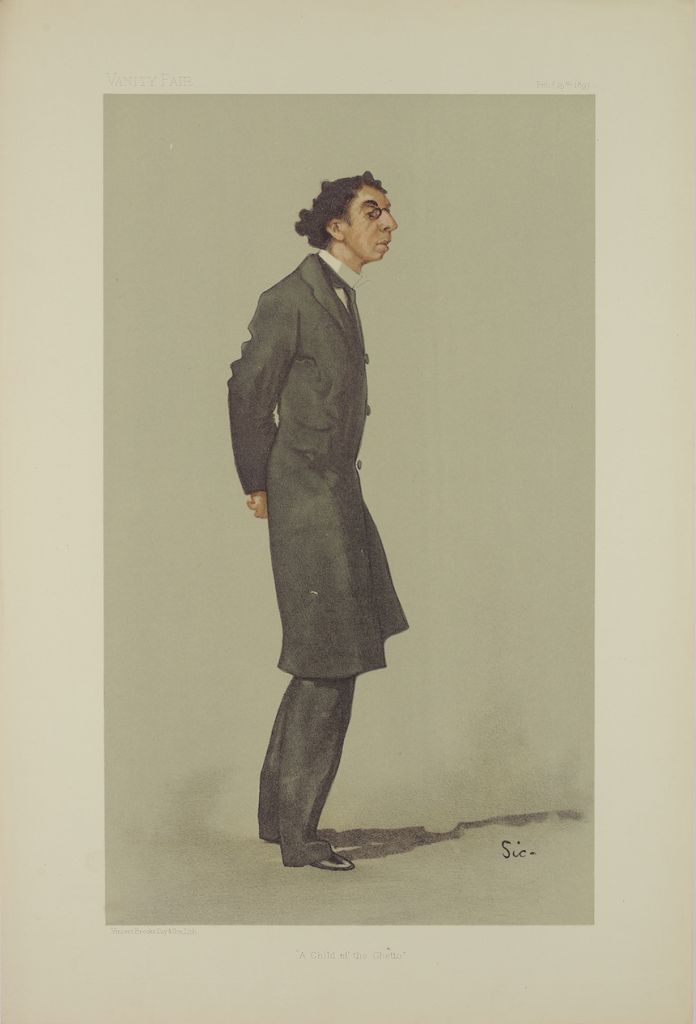 Perhaps his greatest – and most unacknowledged – contribution to social thinking was his play “The Melting Pot,” a huge success in America in 1908. It led to the now commonplace idea of the United States as a country in which all immigrants could be easily absorbed, and the play was hugely admired by Theodore Roosevelt.

Zangwill died in England in1926, but two years after his death, “The Perfect Crime” was filmed in a semi-silent version. The following year, Collins Publishers, capitalizing on the public enthusiasm for crime thrillers, launched a series of inexpensive hardbacked books under the imprint, The Detective Club. And Zangwill’s book was one of the first in the series. The Detective Club was such a success that it sold more than a million books in its first year.

Under the title “The Verdict,” Zangwill’s novel was filmed again in 1946, starring Sidney Greenstreet and Peter Lorre. This month the book is again reaching the public with HarperCollins’ decision to republish some of its most successful Detective Club books – including those by classic authors such as Sheridan Le Fanu and Robert Louis Stevenson, as well as Agatha Christie and Edgar Wallace. 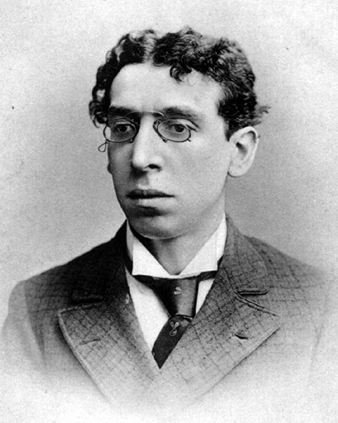 A portrait of author/thinker Israel Zangwill as a young man. (public domain via wikipedia)

Solicitor Martin Edwards is the author of “The Golden Age of Murder,” an affectionate examination of the (mainly British) crime novels of the interwar years. Of “The Perfect Crime,” Edwards says, “Zangwill was very well regarded. He’d had a go at writing a short detective story, ‘Cheating the Gallows’ [broadcast on BBC radio in 2013] but he would have been aware of the huge success that Arthur Conan Doyle was having with Sherlock Holmes when he came to write his own, full-length book. The first Holmes mystery was published in 1887, just four years before Zangwill’s book.”

So pervasive was the idea of a “locked-room” mystery that it has become one of the major signatures of crime and thriller fiction, with more and more ingenious solutions in every novel.

Edwards judges Zangwill’s solution as “quite good” – and, indeed, by the time the exasperated reader gets to the end of the book, having made many fruitless guesses, it is obvious that it is the only possible answer to the mystery. Incidentally, its alternative title, “The Big Bow Mystery,” refers to the district of Bow in east London where the murder occurs.

Edith and Israel Zangwill’s son, Oliver, became one of Britain’s most influential neuropsychologists and was professor of experimental psychology at Cambridge University. The couple’s other son, George, became a geologist and worked in Mexico, but their only daughter, Margaret, had mental health problems and was institutionalized.

Zangwill’s own personal papers are kept at the Central Zionist Archives in Jerusalem. But perhaps the abiding mystery surrounding his writing career is how – at a time of careless and downright unreconstructed attitudes towards Jews that often erupted into hostility – Israel Zangwill, with no attempt to hide his name or origins, managed to be a popular writer among the late Victorian public.

Now that is a conundrum still unsolved.

At the Nyumanzi Transit Center in northern Uganda, refugees greet U.N. High Commissioner for Refugees Filippo Grandi with song and dance, as well as with tales of food shortages and poor living conditions. Grandi is on a tour of Uganda’s overcrowded refugee centers. Since violence began last July, nearly 90,000 South Sudanese have crossed into […]

Nigerian actress Olajumoke Bello Aruwajoye had an “out-of-body” experience when she arrived in Hollywood. “It’s surreal, it’s amazing, it’s exciting for me because I never thought I would be here,” she said. Aruwajoye is one of a small handful of entertainment professionals from Africa who got a chance to come to Los Angeles for three […]